HBO popular tv series Game Of Thrones is back with its final season. It was just yesterday when episode one was unveiled. People are already getting pumped, there’s a lot to pore over

How about we recap every episode so that you won’t miss a thing. In the very first episode Jon snow returned to Winterfell with his queen Daenerys Targaryen & Euron came through for Cersei.

The arrival of Jon & Daenerys at Winterfell reflect king Robert’s arrival of the very first episode.

Jon welcomed Bran and Sansa, however, Arya was out in the crowd. She is always onto something anyway. Sansa has trust issues with Daenerys. The stark bannermen were angry that Jon bent the knee. while Jon & Arya faced each other in the Godswood Arya seem positive towards Sansa & warmly reminded Jon of their family bonds.

At Winterfell forge, gendry & the Hound had a disagreement on a Dragonglass hatchet, Gendry was taking a shot at the hatchet for him. Right then Arya shows up, got a brief acknowledgement from the hound. Gendry & Arya had funny conversation looks like they are united.

Tyrion & Sansa equations were not that good. it was an awkward reunion. Tryion announced that Cersi promised to send Lannister soldiers, this is hard to swallow for Sansa

Back on Euron’s ship, Theon rescued his sister Yara though he had to face a nasty blow form yara. Looks like Yara Yara pardoned him but when Yara wanted to sail back to iron islands, Theon agreed half-heartedly, in fact, he wanted to go to Winterfell to fight for starks. Yara lets him anyway.

Finally, Qyburn presented to Bronn the crossbow Tyrion used to execute Tywin. Cersei was paying a large sum in advance for Bronn to kill Tywin, and Bronn did not say no.

The chemistry between Jon & and Daenerys blossomed as they rode dragons together. In any case, this should’ve been a hint for them about Jon’s actual parentage, as Samwell and Bran chose that Jon had to know as quickly as time permits.

Daenerys had informed Sam of his father and brother’s execution.  In the family grave, Sam disclosed to Jon that his mom was Lyanna Stark and his dad was Rhaegar Targaryen, making him the true heir to the Iron Throne and not Daenerys. Jon grappled with the knowledge that Ned Stark, the most honorable man Jon ever knew, had lied him his whole life.

Bran had another encounter. He saw Jaime Lannister enter Winterfell.

Lord Umber was just a young boy. He requested for more horses and carts to transport his people, and Sansa conceded him what they could save. Toward the end of the episode, Tormund and Beric kept running into Edd and found that the Army of the Dead had gotten to Lord Umber. The left him in a body-part winding as a warning. Does that ring any bell?

What did you think of the season premiere of Game of Thrones? 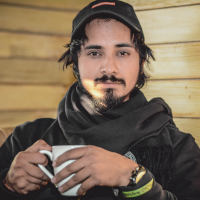